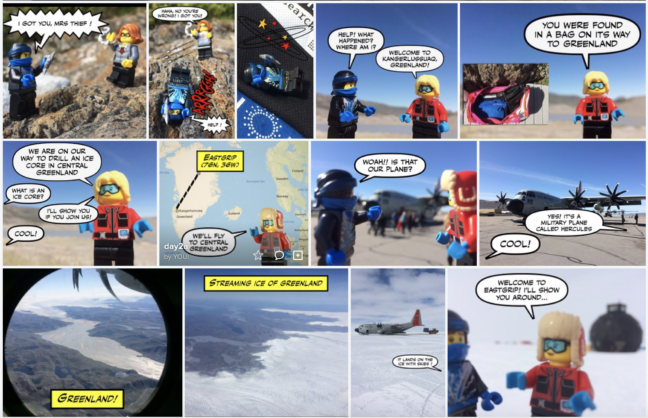 Our friend and paleo climate researcher Petra Langebroek is currently on a scientific expedition to central Greenland, and she reports back using EastGRIPninja and his scientist friends to tell the story of how science is done on top of the ice sheet.

For example, EastGRIPninja gets a tour of the camp:

And that’s pretty cool — it’s not too often that I get a look into one of the domes! I don’t know what I expected to see inside, but definitely not this much plywood. And probably fewer flags, too. And (spoiler alert!) would you have guessed that they have a tabletop football game in there, too? Also super interesting: How does going to the toilet work in the middle of the Greenland ice sheet? That’s something EastGRIPninja needs to find out fairly early on, too. So if you are curious, you should go and check it out!

Click on the image below to read the whole story (which is being updated pretty much daily!). EastGRIPninja, Petra and their team are still there until mid July and I can’t wait to learn more about their adventures!