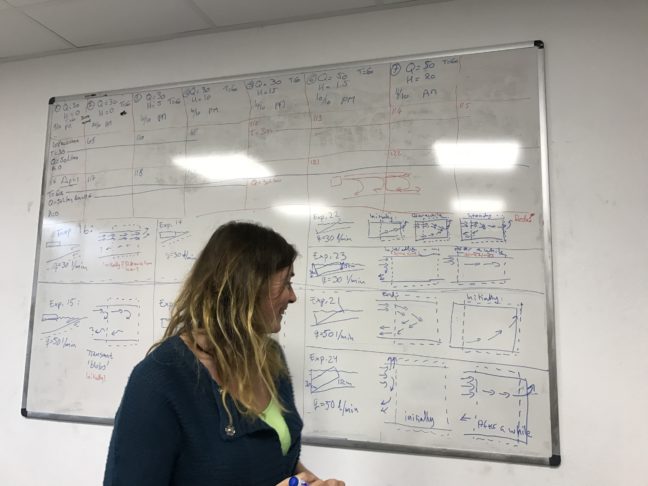 We are very deep into discussing all the different ice shelf experiments that have happened so far. As you see above, the white board in our office is filled with drawings of our interpretations of the experiments.

And as you know, things don’t always go exactly as planned. Or, in fact, most of the time they don’t. However, constructing anything inside a rotating tank full of water and with a lot of scaffolding just above the water level isn’t easy (as I found out when I was sweeping the tank, trying to duck under the scaffolding and flooded the waders I was wearing. Yep, true story…), so even after deciding that we needed a solution, it still took a lot more discussing until we actually had a solution that everybody was happy with. Actually, the wall is in the tank already, so now we’ll start investigating whether it actually has an effect or not! One thing we found out already: Moving a large wall back and forth in a tank creates nice eddies (duh!). But look at how pretty they are! 🙂